"If Most People Think Of Military Chaplains at all, the image that comes to mind is kindly but slightly befuddled Father Mulcahy, from M*A*S*H. In fact, the more dangerous the mission, the more vital chaplains are to its success. The nearly 1,400 chaplains in the U.S. armed forces—nearly all Christian, except for about 30 Jewish and 15 Muslim clergy—must be on-the-spot counselors to men and women living through a kind of trauma that few civilians will ever experience. They prepare soliders to kill and to die without losing their souls. They help soliders reintegrate into the lives of their families. Chaplains ministering stateside help military families left behind get through months of emotional and sometimes financial hardship.

"And, most important, on the battlefield they serve as a sign of the presence of the just and good God in the midst of hell on earth. Chaplains work on or very close to the front, and do so unarmed. to soldiers under fire, the chaplain's presence is a sign that God has not abandoned them. A chaplain's importance to the morale of combat soldiers is so central that if his courage falters during fighting, commanders must immediately replace him, or risk the collapse of the entire unit. The things soldiers in combat are asked to do and to suffer are so extreme that, in many cases, only a belief that God is with them enables them to endure. 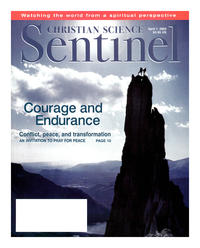