In a safe place—no matter what

On the evening of April 18, 2002, the pilot of a small plane, bent on committing suicide, crashed his plane into the Pirelli Building in Milan, Italy, near where Daniele Bonifaccio works for the Hertz Corporation. Because of his efforts to assist aid workers on the scene, Daniele received an award and letter of commendation from the general manager of Hertz Corporation in Italy. According to her letter, the general manager was "grateful for the extraordinary contribution given that day, and that Daniele, just a salesman, had taken the initiative on his own to act in such a selfless and courageous way." His story follows.

When I heard an explosion, the first thought I had was that something very bad had happened. I had just entered the garage of the building where I work, and I could feel the whole building tremble. My building is located about 200 meters from the Pirelli skyscraper, which is the tallest building in Milan. I would soon learn that the Pirelli building had been hit by a small plane. 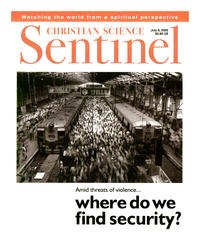