The speaker was a teenager as big as a Patriots' New England's National Football League team . football lineman. He rocked back and forth in his black, size thirteen "kicks" Teenage slang for athletic shoes . as he responded from under a baseball cap (worn backward) to a facilitator's question about what it means to "turn the other cheek" in a confrontation.

This was just one of many tough questions inner-city youths discussed in fifteen workshops that were part of a "Youth Summit" of 900 teenagers in Boston, Massachusetts, called by the Mayor, Thomas Menino. 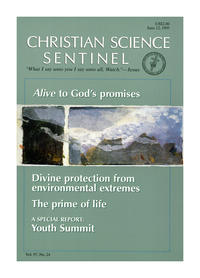