with contributions from Sheri Hunnicutt

Fifth-generation computers threaten to outmode even HAL9000, the sometimes petulant computer from the Stanley Kubrick film 2001: A Space Odyssey. Among the advances resulting from recent research is the improvement of computer speech synthesis—the production of sounds that simulate human speech. Sheri Hunnicutt, who has worked in this field for twenty years, has seen speech-synthesis technology contribute to greater freedom of communication for disabled persons. She works in the field of speech research at the Royal Institute of Technology in Stockholm and has recently completed a year as a guest researcher at the Massachusetts Institute of Technology. In this interview she explores some of what she feels are the implications of this work.

For some of us, even though we aren't involved with fifth-generation technology, computers already seem to have a mind of their own! Yes, but everything a computer does is something that either the person who designed the hardware or the person who wrote the software has put into it. 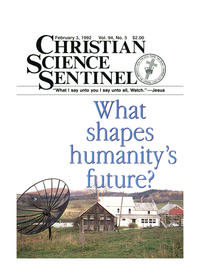