Security and healing—in the embrace of divine Love

In southern England, not far from the coast, a line of hills extends across the landscape. They are known as the South Downs. Crisscrossed by a network of public footpaths, the Downs provide hikers today with exceptionally beautiful, panoramic views of the English countryside.

One of the paths follows a very old track—the South Downs Way—which has been used by travelers, including countless prehistoric peoples, for thousands of years. Near the eastern terminus of this ancient route, the land meets the sea in a series of coastal hills called the Seven Sisters. As you wind your way from the tiny village of Crowlink through a narrow valley and up to the top of one of the Sisters, you reach an altitude where, on a misty afternoon, the visual perspective momentarily has it appear that sky and sea have combined as one. Then quite suddenly you find yourself at the edge of a precipice—a sheer cliff dropping some one hundred and fifty feet to the rocky beach below. The contrast here between the green of the hills, the slate blue of the sea, and the starkly white faces of the rugged chalk cliffs of the Seven Sisters surely presents one of nature's more dramatic gestures. 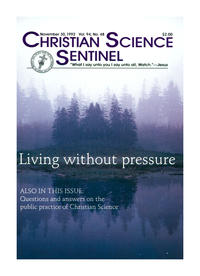