The following is clipped from the news columns of the New York Times:—

An interesting story, in which Miss Helen Gould figures, came to light yesterday at St. John's Hospital, in Brooklyn. Albert Duncan, a young soldier in Company D, Second United States Infantry, was brought to the hospital October 3, suffering from fever. He gradually sank, and the hospital authorities became convinced that his death was only a question of time. They wrote to the young man's father, a farmer near Ashland, Ky., saying that if he would see his son alive he must come at once. 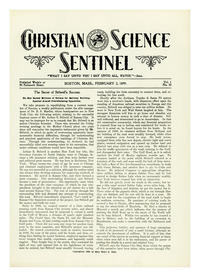