How do we know what is real?

Peck, peck, peck: A junco was darting, hopping, foraging, and flitting outside our house with tremendous energy. This small gray and white bird seemed to have great determination as he pecked relentlessly at our windows. He was apparently seeing his reflection as a competitor—a threat against which he dutifully guarded.

We might say the bird was well-meaning, but uninformed. He was not protecting his territory, but taking action against an unreal competitor. There was no threat from the reflection in the window. 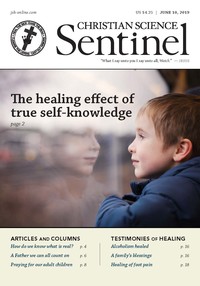