Getting up close with the criminal justice system

Adapted from an article published in The Christian Science Monitor, September 12, 2017.

Last year marked the 50th anniversary of a landmark report on criminal justice titled “The Challenge of Crime in a Free Society.” Written by a special commission appointed by President Lyndon Johnson, it called for “a revolution in the way America thinks about crime.” While some of the proposed reforms took hold, the “revolution” never really happened. The United States still has one of the world’s highest incarceration rates. A bipartisan group in Congress has called for a new commission on crime.

The question must be asked: Why are there so many failures at criminal justice reform? 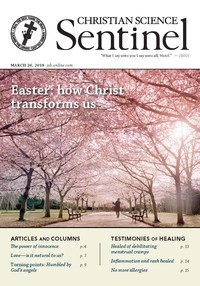