Out from under the shadow

When my older brother got back from a three-month survival course in the wilds of Tanzania, he had some stories to tell. Some really crazy stories. Lions, ostriches (yes, they can be scary), not to mention his trip up to the peak of Mount Kilimanjaro. It was clear from his tales that while his journey in Africa was exciting, it also brought with it some serious personal challenges. Likewise, his adventure also brought me some of my own.

As the youngest of three brothers, I’d reached a point where I realized I was pretty much a repeating track, a song on replay. My older brothers had carved out a way, and I was along for the ride, cruising through sports, school, and camp on the reputation already made for me by the name “O’Hagan.” I became used to hearing “Little O’Hagan,” “Mini O’Hagan,” and “Sean or Brendan’s little brother,” and at first, I didn’t mind. It made things easy. Having watched my brothers go through middle school and high school, when I got to the same places, I had confidence, because I felt as if I already knew exactly what I was doing. In a small way, it almost felt as if I’d done it all before. 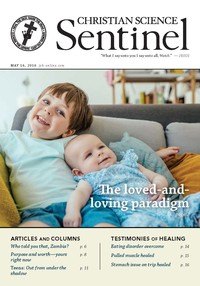