For the past two decades Sudan has been embroiled in a civil war between the Arab Muslim north and the mostly Christian south. This war and its famine–related effects have led to more than two million deaths and over four million people displaced. Peace talks finally gained momentum in 2002 and concluded with a ceasefire earlier this year.

While this hard–earned peace has brought hope to many Sudanese, a new humanitarian crisis of staggering proportions has been unfolding in Darfur, the western part of the country. Hundreds of thousands are on the run, and as many as a million people may be at risk of starvation and death. 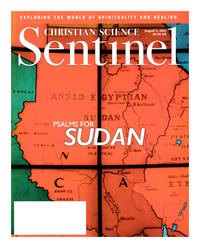