Health—out from under the weather

YOU HAVEN'T HEARD of Abner Pratt? He was once the chief justice of the Michigan Supreme Court and was appointed United States Consul to the Sandwich Islands—now known as Hawaii. Mr. Pratt was so enamored with Hawaii that in the early 1860s, in his hometown of Marshall, Michigan, he built an approximation of his island residence and called it the Honolulu House. To the point of this article, the story goes that Pratt passed away because he was inclined to illness by his habit of wearing tropical island clothes during the severe winters we have here in Michigan.

That reminds me of a friend who vacationed in Hawaii. While there, he developed what he called "a doozy of a cold." He remarked of the experience, "So much for health theories based on climate."

Tom Black is a contributing editor. He lives in Birmingham, Michigan. 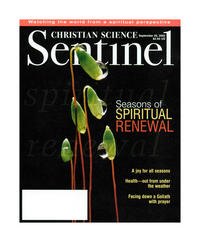