"Perhaps values would be of less importance if there were indisputable evidence that all interventions of all physicians were always of clear benefit to all patients. Incompetence and malpractice apart, such an idyllic state of affairs lies in some remote and improbable future. Although things are much better than they were a generation ago, it is still the case that only about 15 percent of all contemporary clinical interventions are supported by objective scientific evidence that they do more good than harm. On the other hand, between 40 and 60 percent of all therapeutic benefits can be attributed to a combination of the placebo and Hawthorne effects, two code words for caring and concern, or what most people call 'love.' Although the placebo effect is usually dismissed as a 'residual' outcome, and the Hawthorne effect as an inconsequential phenomenon restricted to industrial settings, these two ubiquitous responses still constitute the most powerful, all-purpose, therapeutic interventions available to the profession. Surely their influence is at least one plausible explanation for the apparently favorable results associated with the wide range of medical maneuvers employed for seemingly similar sets of symptoms and disorders brought to physicians."

Editors' comment: More and more books and articles are pointing to the relationship between health and mental causes, particularly love. 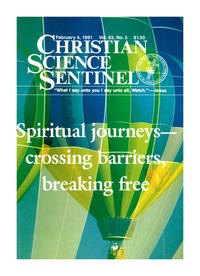