Babies by contract. Surrogate motherhood. Legal arguments. Court verdicts. Angry words and heartbreak. Over the past year the Baby M. case in the United States has drawn widespread attention from the media. News reports have graphically depicted the personal struggles of the families involved in this emotionally charged custody battle. But beyond the families' struggles, society too has been forced to confront some extremely difficult questions of its own. And the way these questions are answered (or perhaps left unanswered) will certainly have a significant impact on the shape of our society in the coming decades.

Several months ago Time magazine carried an essay that pointed out a number of challenging issues raised by the Baby M. case. The essay's title was itself a haunting question. Beneath a three-column picture of the infant peering out from beneath the hood of her jacket, the title asked, "Whose Child Is This?" 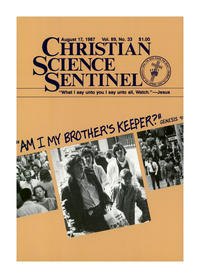