Zacchaeus was a very little man. He was also a very rich publican. That's a man who collected taxes during the days of the Roman Empire in those countries the Romans had conquered. The Jews very much disliked publicans because they worked for the hated Roman conquerors and because they often demanded more money than was fair and kept much of it for themselves.

Jesus was walking through Jericho, the city where Zacchaeus lived. Many people gathered around to see Jesus, either because of his reputation for healing, or because he was healing right then. So many crowded around, in fact, that some could not see him. Zacchaeus was one of them. 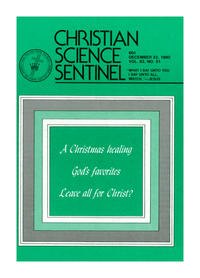