with contributions from Mark Guy Pearse

Booker T. Washington, principal of the Tuskegee Institute, delivered an address at the Summer School of Theology at Harvard on the subject: "The Religious Aspect of the Negro Problem in the South." Among other things he said:—

"I am probably safe in saying that every black man brought as a slave into America was a heathen; that is, that he had no knowledge of Christianity. At the end of the slavery period there probably was not one who did not have some idea of what Christianity means. I do not mean by this to defend slavery. It was a curse to all concerned; greater, perhaps, to the Southern white man than to the Negro himself. But perhaps we do not give enough credit to the Southern white people for the religious work which they carried on during the slavery period, and the results which they accomplished. 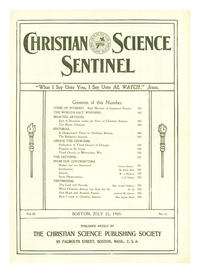