Adapted from an article published in The Christian Science Monitor, December 12, 2017.

For decades, the Arctic has been viewed as a problem, a place of tension between nations with competing claims to its potential wealth, especially as the ice cap recedes. The top of the world might become a new Wild West.

That view has now shifted after a new international pact was signed in Washington last November. Dozens of nations agreed to hold off on commercial fishing in waters roughly the size of the Mediterranean for 16 years while the Arctic habitat is studied under a joint research program. Arctic fish are critical for other creatures such as polar bears and help sustain coastal native communities. If the ocean’s ecology proves too delicate, another five years could be added to the moratorium. 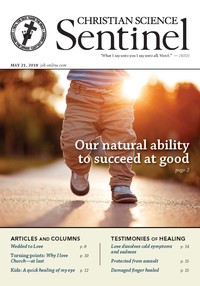