A counter-narrative for Boko Haram’s victims

Adapted from an article published in The Christian Science Monitor, November 30, 2016.

Nigeria’s war on the jihadist group Boko Haram is largely succeeding, bringing a relative calm to the country’s devastated northeast. Since 2009, the insurgents have killed more people than the Islamic State has in the Middle East. In one state alone, Borno, there are now more displaced people—1.4 million—than all the refugees who fled to Europe last year. Despite the reduced violence, aiding the war’s victims is still more urgent than ever. In December, international donors met in Geneva to address Nigeria’s immense humanitarian crisis.

Material aid, however, is not all that Nigeria’s displaced millions need. Many require help with the emotional scars from witnessing the cruel violence of Boko Haram. Some 1.8 million children must return to school, especially to prevent them from joining jihadist groups. Entire communities have to be restored. 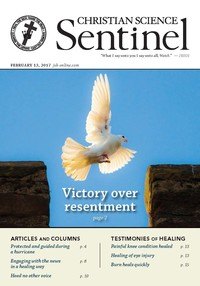