The Monitor: a powerful expression of clarity and truth

Partially unnoticed midst elections in the US and crises abroad has been the evolution of society into what is being called a “post-truth” era. This arresting phrase, coined more than a decade ago and noted with growing concern since then, describes the increasing disregard for truth in politics and the media by those who issue—or blandly accept—statements that have no basis in fact.

Experts note a variety of explanations for this unsettling trend: declining public trust in public and private institutions; proliferating sources of information, thanks mainly to the internet, which generate a flood of often unverifiable “facts” (although a small industry of fact-checkers has risen in response); alienation and disillusionment caused by economic distress; and an apparently growing disinclination on the part of many to accept facts that challenge long-held perceptions. It is a disposition sometimes exploited by politicians of opposing parties in many countries, whose appeals create or play upon inflamed emotions. Commentators warn of allowing truth to become whatever it is expedient to believe. 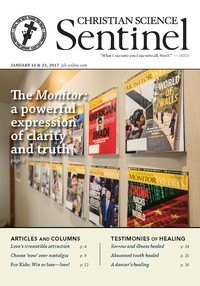