Of stones and bones

While in grade school I became fascinated with dinosaurs. I had read every book on the subject in our public library by the time I finished fifth grade. As life went on, however, I found other interests in the sciences, and it wasn’t until later adulthood, when I moved to a major city, that my early interest was rekindled. By this time I had also become a Christian Scientist.

During a visit to a museum, I discovered there was a paleontology club in that city and I joined. Later, I discovered that the museum accepted volunteers as fossil preparators, so I applied and was accepted. A preparator takes the rock specimens that have been gathered by field workers and liberates the fossils from the rock in which they’re embedded. Specimens may be anywhere from fist-sized to lounge-chair-sized, and the amount of work required is related to the size. 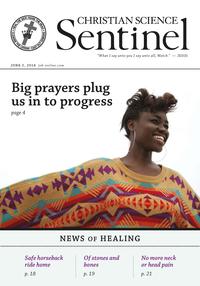