We were talking about connections. is it possible to annul ethnic and religious divides and truly connect as human beings? The novelist at our dinner table that night, a deep thinker and a Zulu man, related a story he had once written.

A black man from rural South Africa stood trial before a white judge in a court based on a European-style legal code. The man was accused of assaulting his neighbor. The victim, still bruised, testified against him. So did several eye witnesses. But when the judge asked the defedant for his plea, the man said he was not guilty because his victim had insulted his mother. They were at an impasse: The law viewed the matter from one perspective, the man's culture from another. "The two sides cannot be reconciled," the novelist said. 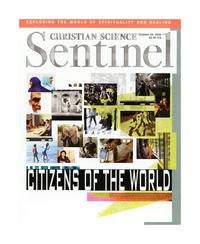