Do we want to suppress depression, or be free from it?

There's been a good deal of media attention given to the popularity of Prozac, an antidepressant drug that is widely used for treating adults and, more recently, children. Now another manufacturer has introduced a competitor to Prozac, which some predict could be even more successful. But there's widespread disagreement about the benefits and drawbacks of these drugs.

An article in The Boston Globe (Oct. 26, 1994) about the growing reliance on drugs to control depression and hyperactivity in children reflected these differing viewpoints. Some doctors and parents were simply grateful for any positive results. Aside from worries about harmful side effects, however, other doctors interviewed for the article felt that reliance on such drugs ignores the underlying issues and may prevent children from learning how to control their emotions and impulses. Dr. Alexandra Rolde, a child and adolescent psychiatrist, observed, "Taking a pill gives everyone a false sense of security—that everything is all right, when in fact, a child's development can occasionally be impaired in some way." 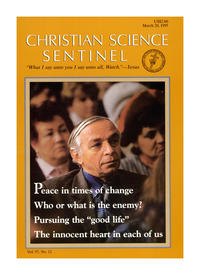