A zealot wraps himself in the banner of religion, and then, in the name of that which is holy, commits atrocities. Every major religion of the world has suffered such abuse. Christianity is not alone in this predicament, just as it is not alone in its teaching of brotherly love and of mutual respect for one another. But for the genuine Christian, such abuse perhaps triggers a special anguish. It is more than saddening to see the legacy of the man who taught "Blessed are the peacemakers" dragged in the mud and blood and blamed for acts he never would have sanctioned.

Threads of this sort of abuse of religious teaching run through many wars. Threads of it run through the current crisis in the former Yugoslavia. History records an ancient confrontation where a Serbian leader, in the name of Christianity, battled against Muslim "infidels." The episode, though devastating from a military (not to mention religious) point of view, has nonetheless become enshrined and taken on almost mythological proportions. 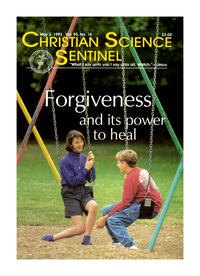