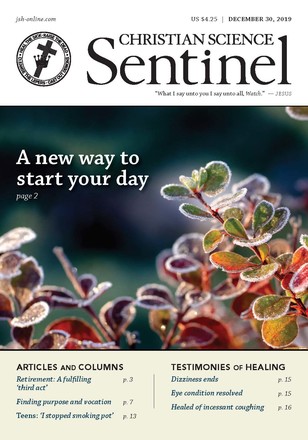 A new way to start your day

God doesn’t see us as ‘too old’

Away from idol worship to Christian Science

Is God real? Seek and find.