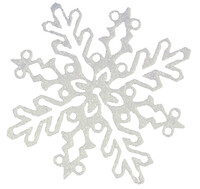 One day when I was six, I went sledding with my older brother, Noah. I sat on the sled, and Noah was pulling me along the sidewalk. Suddenly I saw a spot on the pavement without snow. I told him, “Noah, stop! We’ll never make it!” But he answered, “Of course we’ll make it!” However, once we were on the spot without snow, the sled suddenly stopped, and I banged my face with full force on the metal bar at the front of the sled. It really hurt, and my nose started to bleed.

At first, I was very mad at Noah. But my dad said to me right away that I couldn’t fall out of God’s hands. He also said that I shouldn’t blame Noah and shouldn’t start thinking about whose fault it had been. I listened to my dad and let go of all blame and fault-finding, and I forgave Noah. After a couple of minutes the bleeding stopped, and my face didn’t hurt any more.

Now I know that by blaming something or someone else, you won’t solve your problems. You have to let go of that blame and forgive. Take the Bible story of Joseph, for example. His older brothers abandoned him because they were jealous of him. But Joseph forgave his brothers, even despite all the sorrow he’d experienced.

I know it sometimes isn’t easy to forgive, but that makes it that much more valuable. If you forgive someone, it’s not only the person who has been forgiven who will walk around happier, but it’s also like a heavy burden has been lifted off your own shoulders. One of the main reasons why we are able to forgive is because we remind ourselves that there is “nothing to forgive.” In other words, we know that in God’s all-presence, we have always been safe and cared for, even when we go through tough times. Why waste energy being mad at someone if you can have fun with them, laugh with them, or make them laugh? So I say, “Forgiveness is the biggest healing!”

Johann plays on a soccer team and also likes to play with his friends in the courtyard by where he lives. He also enjoys riding bikes.

This article is included in:
2015 - SPECIAL EDITION

A Collection for Kids - January–June 2015 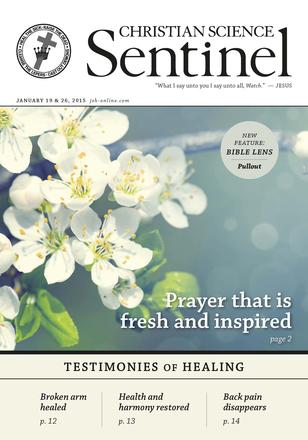 Prayer that is fresh and inspired

A business of spiritual ideas

The Bible Lesson in action

Finding more than a familiar name