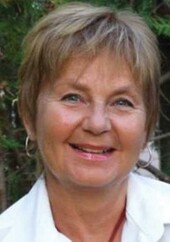 I discovered Christian Science about eight years ago, at a time when I was suffering from a chronic fatigue syndrome called myalgic encephalomyelitis. I had been diagnosed with this condition about ten years previously, after a bout with ordinary flu. I was usually able to get out of bed and attend to simple things, but I had periods when I was in the depths of despair. Over the years I had tried every possible treatment and meandered through all the alternative healing paths I knew about, trying to reduce the symptoms. But nothing was making a difference. Having exhausted all possible routes, I felt that I had reached the end.

In desperation I turned to the Bible and all the spiritual books from every creed that I had collected over the years. I was searching for answers that would lift me up as, deep within, I knew there must be a way of turning my life around. One day I read a passage in one of my books that convinced me that healing was a real possibility. It talked about pain and weakness as mental phenomena that could be healed by understanding oneself as whole.

When I came across this idea, I felt as if I were touching the hem of Jesus’ robe. I sensed that there was a deep truth hidden in it. I thought of a story I had once heard of the Temple of the Golden Buddha in Bangkok, Thailand. A long time ago the Buddhist monastery held a statue of Buddha made of pure gold, ten feet high. When the country was invaded by a foreign army, the monks decided to disguise the statue to make it look like ordinary stone. They covered the whole statue in gray clay, and when the army passed the monastery they took no notice of it.

The army occupied the land for many years, and by the time they left, everyone had forgotten about the true nature of the statue. Later, the statue was being moved and fell heavily to the ground. The next day, a monk was astonished to see pure gold shining where a piece of clay had chipped away. Within days all the clay was removed, revealing the most magnificent golden statue of Buddha the world has ever seen. This statue is admired to this day.

I was free at last to live my life in joy.

Now, this spiritual awakening felt to me like the first piece of thick clay falling at my feet, revealing the shiny gold underneath. The idea that I could be healed lifted a great weight off my shoulders. One day soon after, I saw a book in my local charity shop whose title caught my attention. It was Science and Health with Key to the Scriptures by Mary Baker Eddy. I immediately bought it and read it from cover to cover, and within days I knew I had found what I was searching for. I was convinced that what I accepted as real was an outer crust, an appearance, a layer of clay that was stuck to me and tempted me to see myself as ill. Underneath, my true state of being had always been perfect, healthy, magnificent, made of the purest substance.

With renewed hope and newly found certainty as to my true identity as the unfallen and whole child of God, I began affirming and claiming that perfect health was my real state of being. As my understanding grew, Science and Health continued to provide me with the tools and ideas that helped me look past what my senses presented to me as real. Over time, I chiselled away so much of the clay that was covering up my real state of being, uncovering the whole “Buddha statue,” you might say, in its original pristine form.

I fully recovered. As this spiritual understanding took place, as promised, the physical condition disappeared like mist before the sun. In time all the symptoms completely disappeared, and I regained my energy. I was free at last to live my life in joy.

I love the story about the Golden Buddha because it beautifully describes the healing power of Truth. And as I continued to study Christian Science—eventually joining the church and taking Primary class instruction—I saw that the “clay” can represent any troublesome life situation that pretends to be real. I can chisel away the layer of clay to uncover what had always been there right from the beginning: my true identity as a perfect, healthy, joyous, successful child of God. 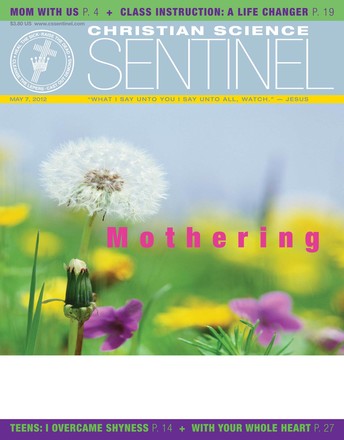 Learning the language of Spirit

You are always loved

By Kim Fernandes Donadelli | May 2012

I was healed of a headache

'I had found what I was searching for'

In the wake of a shooting, how can we pray?

'From glory to glory'