Several years ago I had the opportunity to travel alone to another country to participate in some volunteer work. I loved being there, but I found that I was quite uncomfortable going places on my own because a few years prior, in a different country, I had been threatened by someone while walking alone on the street.

As I prayed about how to overcome this fear, a poem that I had learned in school came to mind. The poem repeatedly spoke of giving thanks, and it got me thinking about the reasons I had for being grateful to God. As it turns out, giving gratitude for God’s goodness provided exactly the spiritual uplift I needed. It enabled me to turn my thought away from a fear of what might be taken away from me, to the understanding that nothing could be taken from me, as my life itself was safe in Him. Here is the essence of my prayer:

“Thank You, God, for being Life. You have given me all that I have, because I reflect You. My life and being are completely in You and are spiritual. You have given me eyes of discernment—spiritual sense—and I can use these “eyes” to clearly distinguish between what is true and false about Your creation, and to see my fellow man as truly lovable, not someone to fear.”

The poem that had initially got me thinking about gratitude also existed as a song, so I often mentally sang my prayers to myself as I was out in the city. The comfort I felt from praying in this way not only eliminated my fears completely, but it also caused my heart to overflow with love for the people I encountered on the street. The rest of my stay was harmonious.

Fast-forward about a year and I was back in the same country. By then I had made contact with an informal group of Christian Scientists in another city and was joining them for their Sunday services. My route, which included a twenty-minute walk after getting off a bus, passed by a vacant lot, which was normally pretty quiet.

A few weeks in a row, however, there was a group of people in the lot who were unkempt and apparently intoxicated. Some of these people would make silly, unintelligent comments to me, and although I was not threatened or disrespected by them, some of their behavior made me feel uncomfortable.

Again, I had to pray specifically about the true source of safety. There was an alternative route I could take to get to the Christian Science group, but it would have been significantly longer, and I felt that simply avoiding this particular lot wasn’t going to address what needed healing.

What came to my thought when I prayed this time was that I was viewing these people as separate from God’s own creation, and in a sense, incompatible with or threatening to my own experience. I prayed to recognize them as fellow brothers and sisters, fully known to God and governed by Him, because they, too, were His pure reflection. I also affirmed that each of them had the inherent spiritual sense of right that God has given to everyone.

As I prayed about this during the week, I felt a sense of peace about the situation as I gained a clearer view of the people in the lot as God’s own children, and not part of a separate creation. I took the same bus route the next Sunday and got off at the normal stop. To my surprise, I passed the vacant lot where the group of people had been gathered the week before and found that it was empty! I certainly hadn’t asked God to make these people move, but I was grateful for the tangible sense I felt of God’s presence.

In later weeks, there were sometimes people back in this area, but walking past them was never again a problem. Thanks to the inspiring fact that we are all sons and daughters of one loving Parent, God, I knew that my ability to coexist in peace with others and be safe was, and is, established by God. This provided me with a sense of peace that wasn’t dependent on whom I encountered on my walk to church. What’s wonderful is that this understanding is available to each of us. All of our encounters with others can be blessed by acknowledging our common, God-given heritage. 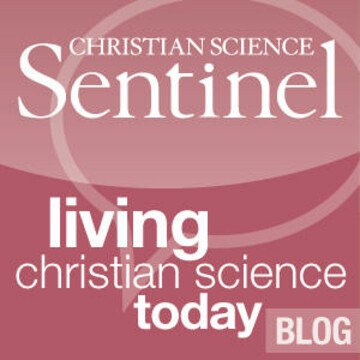 Climbing with the Shepherd

Nothing is lost to all-knowing Mind

Spiritual blueprints to build with

Protected from road rage by listening to God

A quick and harmonious house sale

When we yearn to ‘do better’

Big lessons from a ‘little’ issue

Right where we needed to be

‘This healing was my Christmas gift’

All creatures moving in harmony