I’ve played ice hockey for the last seven years. Last fall, I joined a new team. We were really good and won most of our games, and at first, all of the players seemed really nice.

But then, about halfway through the season, one kid began bullying me. I’m the goalie, and he’d say that I was afraid of the puck, that I was small and a bad player, and that he didn’t like my leg pads. He said those things very loudly so everybody else could hear. During games, this boy and some other players would say mean things about me when I made a mistake or let in a goal.

Hearing that stuff made me think that I might be a bad player like they said. Sometimes, I’d look down at my leg pads and think, “Are these really bad pads? Maybe I should ask my dad to get new ones.” When I was in bed at night, I thought about the mean things my teammates were saying about me.

I talked with my dad about how I should pray. Dad said to start with thinking about God as Love. He said that because God is Love and is everywhere, Love’s goodness and kindness also had to be everywhere, in everybody. Love never created a bully or a mean person.

I could see these good qualities in many of my teammates. My dad suggested looking for good things about the other boy, too. He said I could start small. The more I thought, the more good things I realized about him. He was a really good skater. He had a good wrist shot and scored goals. He liked talking about hockey equipment, just like I do. And sometimes, he was actually friendly. Dad explained that these good things were evidence of this boy’s true, God-created, spiritual nature. As I prayed, I saw even more goodness in him, and the bullying and meanness seemed less agitating.

Pretty soon, I started feeling better and less alone. I wasn’t afraid anymore. Deep down, I knew that the other boy and I, and our whole team, were really God’s children, filled with goodness and kindness. And guess what? The other boy began being much nicer. When I’d practice the cello in the locker room before hockey practice, the boy would hang out and listen. He’d tell jokes and make me laugh. He also became really nice on the ice. We even became best friends, and he invited me to his house to play hockey in his basement.

When I think about how prayer helped to heal the bullying, I think the key was how praying made me see all of us—the whole team—spiritually, as God’s good and loving children. This is one of the best healings I’ve ever had. 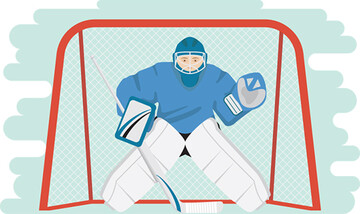 This article is included in:
2018 - SPECIAL EDITION

A Collection for Kids - July–December 2018 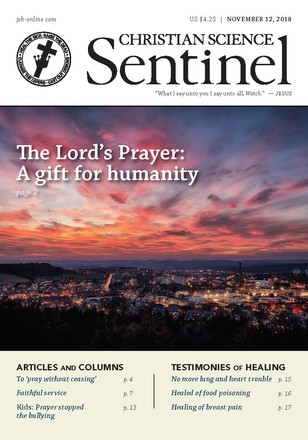 The Lord’s Prayer: A gift for humanity

To ‘pray without ceasing’

Stand up to fear and witness the Christ at work

A search for health results in healing

No more lung and heart trouble

'Through the harsh noises of our day ...'