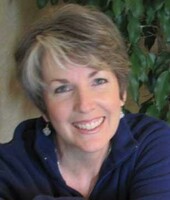 Over the past several months, Americans have been subjected to an unprecedented degree of negative campaigning in the lead-up to the presidential election. But here’s a realization that’s been helpful to me: Obedience to the First Commandment, “Thou shalt have no other gods before me” (Exodus 20:3), is the antidote to the increasing polarization of political parties in many countries. It’s possible to do more than just steel ourselves for a media storm.

Writing about her love for the First Commandment, Mary Baker Eddy included these words: “One infinite God, good, unifies men and nations; constitutes the brotherhood of man; . . . annihilates . . . whatever is wrong in social, civil, criminal, political, and religious codes; . . .” (Science and Health, p. 340). Her words remind us that God is the Mother and Father of all mankind. We honor our divine Parent as we respect and encourage one another; as we live with a deep desire to treat others as we want to be treated. This desire forms a strong foundation for prayer during election time.

Vicious politicking most decidedly does not honor God. As a Christian Scientist, I understand that man is made in the image and likeness of God. As such, man does not have the inclination to dishonor God by attacking His children, or by believing things that are not true about His children.

The democratic political process may be seen as symbolic of mankind's desire for just government.

The Apostle Paul wrote, “The carnal mind is enmity against God” (Romans 8:7). Campaigns motivated by fear, the desire to win at all costs, or hatred of another’s point of view, are displays of enmity against God and His idea, man. They are an effort of the impersonal carnal mind to blind the public to the good in every candidate or his or her political party, and to leave only bad impressions in thought. The carnal mind has no good intent. It does not serve justice or aid liberty. It is not interested in or capable of revealing the truth about man. It is an animal instinct that, in the words of Eddy, “incites mortals to kill morally and physically even their fellow-mortals . . . ” (Science and Health, p. 564).

Acknowledging the allness of God, good, and the nothingness of a carnal mind seeking to undermine Him, disarms negative campaigns. The Bible tells us that “God saw every thing that he had made, and, behold, it was very good” (Genesis 1:31). Surely His goodness does not include carnivorous natures intent on devouring one another. Eddy wrote that “the likeness of Spirit [God] cannot be so unlike Spirit” (Science and Health, p. 475). This is a fact to keep uppermost in our thought regardless of what transpires during campaign season.

The democratic political process may be seen as symbolic of mankind’s desire for just government. It is a desire worth defending prayerfully from a “kill or be killed” mentality that would subvert constructive debate and discourage qualified candidates from running for office.

The Bible account of Christ Jesus and his disciples caught out in a fishing boat during a storm provides an encouraging example of how our prayers can impact the political scene. After the disciples roused Jesus and asked him to do something about the storm, “He arose and rebuked the wind and said to the sea, Hush now! Be still (muzzled)! And the wind ceased (sank to rest as if exhausted by its beating) and there was [immediately] a great calm (a perfect peacefulness)” (Mark 4:39, The Amplified Bible). His command symbolized the power of the Christ to quiet fear and establish peace. And the calming influence of the Christ would have benefited every ship on the water that day.

Election years are times of change, but they don’t have to be times of fury. By keeping ourselves awake to the Christ in our consciousness—honoring the First Commandment by loving, forgiving, listening to, and compassionately caring for one another—we will see the carnal mind exhaust itself. We will bear witness to a political process that is respectful, honest, and functional. 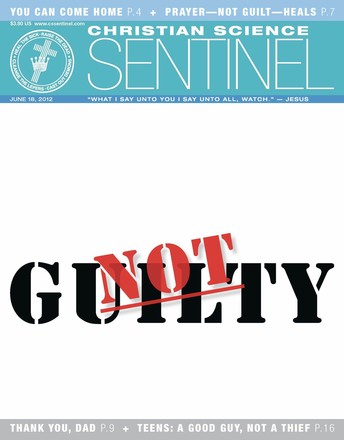 Get out of the mud

You can come home

My own 'burning bush'

God has a purpose for you

Build each day on 'Truth and Love'

A good guy, not a thief

Bullying? You don't have to be afraid!

A fresh look at happiness

Negative political campaigns and what we can do about them

Understanding the law of God

The way to permanent peace